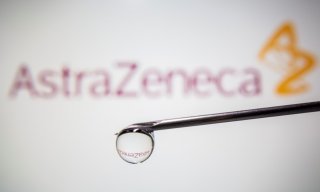 Health Canada announced its approval of Pfizer’s COVID-19 vaccine on Dec. 9. Earlier, the news that the same vaccine was on the way in the United Kingdom — and that others are not far behind — was a relief to people all over the world, or at least those in developed countries that can afford the vaccine.

The arrival of the vaccine also seems to have boosted public approval for the pharmaceutical industry. Globally, the industry’s “trust and like score” grew to over 68 per cent of people surveyed in 2020 from 65 per cent in 2018.

The bump in the industry’s score was probably helped by the September joint pledge from nine companies that they would “stand with science” and not try to get a vaccine approved until it had been thoroughly tested for efficacy and safety. This statement was widely seen as the companies standing up to U.S. President Donald Trump, who was making promises about an “October surprise” in a bid to enhance his re-election chances.

Can a drug company change? The evidence is not clear cut.

The AstraZeneca vaccine is a case in point. The company has promised not to make a profit from the vaccine during the pandemic and is going to sell it at US$3 to US$4 per dose, a price that is one-fifth to one-tenth the cost of the other leading vaccine contenders from Pfizer, Moderna and Johnson & Johnson.

The company is also making deals with Gavi, the Vaccine Alliance, and has a licensing agreement with Serum Institute of India to supply low- and middle-income countries. According to the company’s CEO Pascal Soriot, “We want to cover the whole world so everyone can get access to this vaccine.”

At the same time, when there was a possible safety problem in September and AstraZeneca’s clinical trials had to be temporarily stopped, the company disclosed the information on a conference call with JP Morgan clients, but didn’t make the same information public.

AstraZeneca has also reserved the right to declare when the pandemic is over, which could be as early as July 2021 according to a document seen by the Financial Times. Presumably at that time the price will go up, although Soriot has not disclosed what that price will be.

South Africa and India are calling on the World Trade Organization to temporarily waive intellectual property rights related to COVID-19 products and treatments. The aim is to be sure that that medicines, vaccines and other technologies needed to control the pandemic can be made available to all. The pharmaceutical industry is opposed to this proposal.

Companies argue that they are already taking voluntary actions that make this move unnecessary. Moderna is not going to enforce its COVID-19-related patents against other companies “while the pandemic continues,” and is willing to license its intellectual property for COVID-19 vaccines for the post-pandemic period.

A company statement said, “We feel a special obligation under the current circumstances to use our resources to bring this pandemic to an end as quickly as possible.” But as Ron Labonte and Mira Johri wrote in The Conversation, this is a one-time deal and has “the aura of charity rather than of obligation.”

Others opposed to the waiver argue that it would be much quicker to pressure companies to allow non-exclusive licences and technology transfer of their products. But the AstraZeneca agreement with India’s Serum Institute is only a limited success. The deal lacks transparency about costs, while Pfizer has not shown any sign of licensing or transferring the technology needed to manufacture its patented products. Pfizer’s reply to this criticism is that “a one-size-fits-all model disregards the specific circumstances of each situation, each product and each country.”

So far, no pharmaceutical company has contributed to the COVID-19 Technology Access Pool, an initiative backed by the World Health Organization and endorsed by 40 countries that encourages the voluntary donation of COVID-19 health technology related knowledge, intellectual property and data. The aim of C-TAP is to ensure all populations around the world have access to affordable health products as soon they need them.

Back in May when C-TAP was announced, Pfizer CEO Albert Bourla said, “At this point in time, I think it’s nonsense, and … it’s also dangerous,” a remark echoed by AstraZeneca’s Soriot, who maintained that intellectual property is “a fundamental part of our industry and if you don’t protect IP, then essentially, there is no incentive for anybody to innovate.”

Both CEOs have reaped major financial rewards during the pandemic. Between April and August, AstraZeneca stock and options owned by Soriot increased by nearly $15 million in value. The day after Pfizer announced promising interim results about its vaccine, Bourla sold over 130,000 shares of Pfizer stock worth $5.6 million as part of a regularly scheduled plan to periodically sell some of his Pfizer shares.

Finally, it’s important to remember that the drug companies had public partners that provided large amounts of money to accelerate the development of vaccines.

Moderna received $955 million from the Biomedical Advanced Research and Development Authority and the U.S. government’s Operation Warp Speed initiative. In addition, Moderna inked a deal with the U.S. government worth $1.5 billion for 100 million doses of its vaccine should it be successful.

Even Pfizer, which did not directly take money from the U.S. government, had a contract worth $1.95 billion to manufacture 100 million doses of its product if it is effective.

In contrast to Moderna’s earlier altruistic pronouncement, its CEO Stephane Bancel told investors that “Moderna retains worldwide rights to develop and commercialize [its vaccine] mRNA-1273. Without a corporate partner, Moderna will realize all the profits from our COVID-19 vaccine.… We should have a unique cash position at the end of 2021.”

Despite the injection of money from the U.S. government, the government has no say in Moderna’s manufacturing program.

We should applaud drug companies for developing multiple vaccines in record time, but let’s not be under any illusion about whether a drug company can change. In the end it is profits that are motivating them.