RIP: Could Submarines Be Obsolete by 2050? 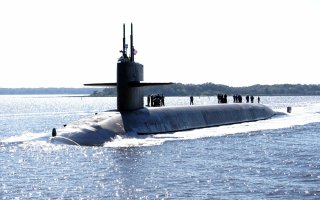 But don’t worry—I’m not about to declare the submarine obsolete and then sit down. While others—such as the ANU’s Roger Bradbury—think the ocean might ‘become transparent’, I don’t think it will happen suddenly, or even soon. There’s a possibility that we’ll have to have a long, hard look at our investment long before the 12th future submarine is delivered in around 2050. But I think that it’ll be a matter of the characteristics of the submarine. In fact, I think that submarines will prove to have greater longevity than almost any other military platform. For example, I’d put money on the future submarine program outlasting the future frigate program. Being hard to detect is always going to be preferable to being easy to detect. And air will always be more transparent than seawater. The surface vessel menagerie will go the way of the battleship before the submarine does.

Andrew Davies is senior analyst for defence capability and director of research at ASPI, where this first appeared in their Strategist publication here.

This post is adapted from a presentation to the Australian Naval Institute’s 2017 Goldrick seminar.