Robots Could Be Taking Over the U.S. Army’s Anti-Tank Mission 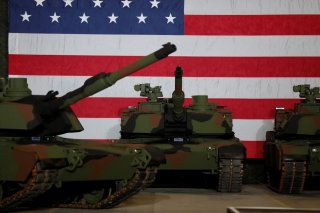 Here's What You Need to Remember: The Army and industry have been working for many years to evolve the kinds of manned-unmanned networking necessary to bring this RCV vision to fruition, as it depends upon hardened networks, common data link standards and technical interoperability.