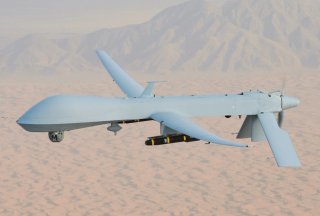 Here's What You Need to Remember: General Atomics is on a drone-making roll, having recently showcased their very first stealthy drone design that the company hopes will replace both the Predator and Reaper drones, as well as recently testing their small Sparrowhawk drone, designed to be released and recovered in air by airplanes or other drones.