The Ruger P94 Could Be the Best P-Series Handgun 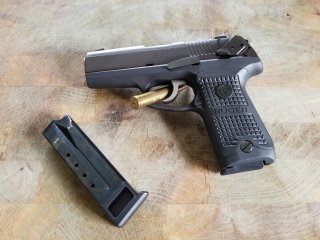 Here's What You Need to Remember: The Ruger P94 was a historically underrated handgun. Although eventually outdated by more modern designs, it was accurate, rugged and reliable. It is still well regarded by Ruger aficionados and was an important stepping stone to the company’s contemporary line of pistols.

Kyle Mizokami is a defense and national-security writer based in San Francisco who has appeared in the Diplomat, Foreign Policy, War is Boring and the Daily Beast. In 2009 he co-founded the defense and security blog Japan Security Watch. You can follow him on Twitter: @KyleMizokami. (This first appeared two years ago.)