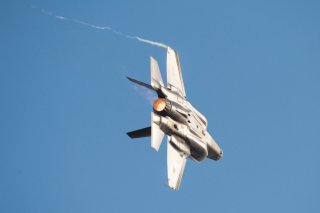 Here's What You Need To Remember: The F-35 has become such a symbol of U.S. technological prowess—or incompetence—that any rumor that an F-35 has been damaged or shot down in combat will draw attention.

Pro-Russian media claimed years back that an Israeli F-35I was hit and damaged by a Russian-made S-200 surface-to-air missile during an Israeli airstrike in Syria in late 2017. Israel said one of its F-35s was damaged—after colliding with a bird.

However, Southfront.org, a website that covers the Russian military and its intervention in the Syrian Civil War, suggested a different story. “According to the available information, the Syrian Defense Forces used an S-200 missile against the Israeli warplane,” Southfront claimed.

Southfront could not resist pointing out that a much-vaunted F-35 stealth fighter had been hit by a missile that dates back to the 1960s. “This Soviet-made missile is the most advanced long-range anti-aircraft system operated by the Syrian military. Even in this case, it’s old-fashioned in terms of modern warfare.”