Russia’s ICBM of the Future Is One Big Mystery 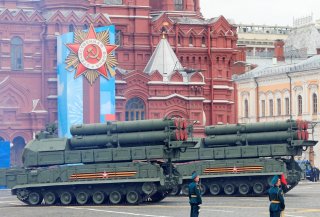 Here's What You Need to Remember: Russia’s ICBM modernization rate is well on pace to exceed 80 percent in the next several years if it hasn’t already. The Kedr ICBM is slated to begin replacing Russia’s Yars units—and any older systems still in service by that point—in the early 2030s.

Kedr is a solid-fueled ICBM system that, like its Yars predecessor, will come in both mobile and silo-based variants. Mobile-road ICBM systems enjoy several advantages over their silo counterparts; in particular, they are harder to locate, track, target, and destroy, making them potentially more survivable.