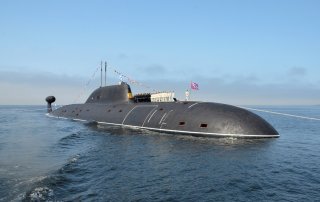 Here's What You Need to Remember: The Alfa’s low reliability and maintainability at sea meant the submarine was conceived of as a sort of “interceptor,” kept ready at port to dash after key surface warships targets. In this role the Alfa amounted to a formidable foe to NATO submariners.

Kyle Mizokami is a writer based in San Francisco who has appeared in The Diplomat, Foreign Policy, War is Boring and The Daily Beast. In 2009 he co-founded the defense and security blog Japan Security Watch. This article first appeared two years ago and is being republished due to reader interest.