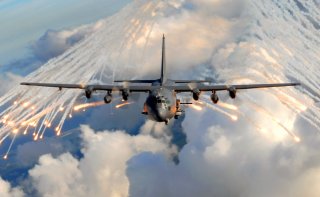 Here's What You Need To Remember: The AC-130 has proven invaluable in small wars against lightly defended targets in Iraq and Afghanistan, as well as supporting special operations. Which suggests that the Spookovik may be intended for small conflicts, such as Russia’s intervention in Syria, the annexation of Crimea from Ukraine, the Russo-Georgian conflict or operations in Chechnya.