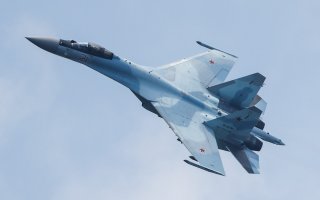 Here's What You Need to Know: The F-22’s main competition, the Russian Su-35 Flanker-E, has infrared-search-and-track and cheek-mounted radars.