Russia’s Su-35 Fighter: Should You Believe the Hype? 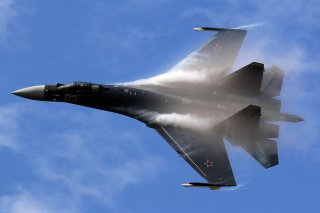 Here's What You Need To Remember: The more serious issue, though, is that we don’t know how effective stealth technology will be against a high-tech opponent. An F-35 stealth fighter that gets in a short-range duel with a Flanker-E will be in big trouble—but how good a chance does the faster, more-maneuverable Russian fighter have of detecting that F-35 and getting close to it in the first place?

The Sukhoi Su-35 Flanker-E is the top Russian air-superiority fighter in service today and represents the pinnacle of fourth-generation jet fighter design. It will remain so until Russia succeeds in bringing its fifth-generation PAK-FA stealth fighter into production.