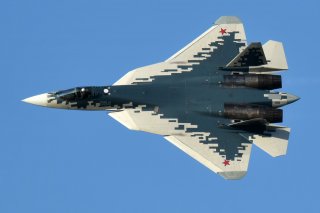 Key Point: It’s important to be skeptical of everything involving the Su-57.