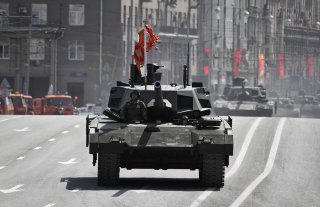 Here's What You Need to Remember: Instead of an expensive new tank, Russia thinks it better to upgrade its older tanks. The Armata “became a hostage of many new technologies and systems introduced into it.”

There is evidence that the next-generation tank, which has caused a stir in Western defense circles, has run into difficulties, according to Russian defense publication Military-Industrial Courier several years ago.

Michael Peck is a contributing writer for the National Interest. He can be found on Twitter and Facebook. This article was first published last year.