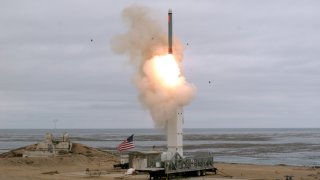 Here’s What You Need to Remember: Following Russia’s violation of the treaty, which previously put limitations on mid-range missiles of this kind, the U.S. Army has been testing and developing a number of ground-fired weapons capable of attacking at new ranges. In fact, Army Futures Command Commander Gen. John Murray specifically noted that PsM represents a specific effort to move beyond previous range restrictions due to treaty violations.