Russia and America Both Feared Israel Could Start a Nuclear War 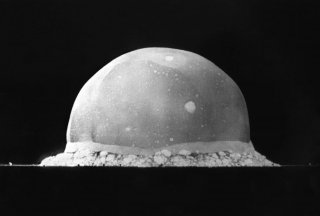 The war itself continued. The Soviet Union threatened to deploy troops to reinforce Egypt; the U.S. ramped up its nuclear posture. Rather than risk atomic war, Israel pulled back its forces.

David Axe served as Defense Editor of the National Interest.