Russia, Beware: The 5 Deadliest Tanks in the NATO Arsenal 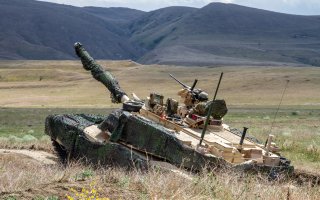 Here's What You Need to Know: NATO wants to be ready for a land war with Russia.