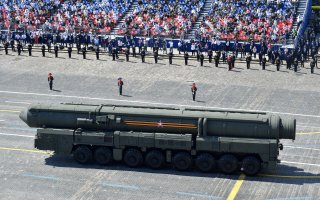 Here's What You Need to Know: Sarmat’s new serial production deadline is 2021, according to a TASS report.

Mark Episkopos is a frequent contributor to The National Interest.