Russia Could Seize the Baltics, But It Couldn’t Keep Them 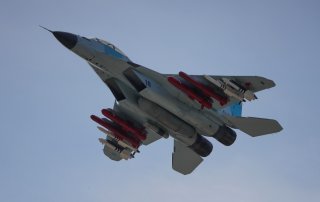 Here's What You Need to Remember: In short, Russia could grab the Baltics, but only at a cost vastly in excess of the value of holding onto them. This is how NATO conducted deterrence in 1949, and it’s how NATO does deterrence today.

A 2017 RAND wargame on a potential Russian offensive into the Baltics brought talk of a “new Cold War” into sharp focus. The game made clear that NATO would struggle to prevent Russian forces from occupying the Baltics if it relied on the conventional forces now available.

Robert Farley, a frequent contributor to the National Interest, is author of The Battleship Book. He serves as a Senior Lecturer at the Patterson School of Diplomacy and International Commerce at the University of Kentucky. This article first appeared last year.