Russia Is Desperate for its Own B-2 Stealth Bomber 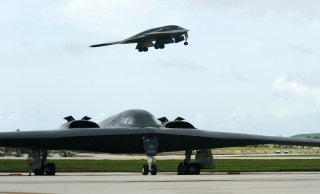 Here's What You Need to Remember: The decision to commit to the development of a stealth bomber sheds in a new light on a long history of scorn cast by Russian media on the effectiveness of stealth aircraft, posited to be highly vulnerable to new radars.

Sébastien Roblin holds a Master’s Degree in Conflict Resolution from Georgetown University and served as a university instructor for the Peace Corps in China. He has also worked in education, editing, and refugee resettlement in France and the United States. This article first appeared in February 2020 and is being republished due to reader interest.