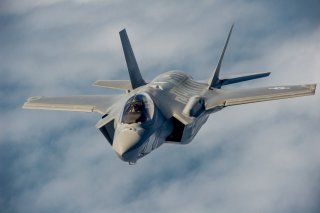 Here's What You Need To Remember: While the Struna-1 bistatic radar is not a be-all end-all detection solution for stealth aircraft, it could pose a significant threat to stealth NATO aircraft in a future conflict. Strike aircraft with stealth features are particularly vulnerable, the strike role tends to favor flight profiles that might cause aircraft to fly into the Struna-1’s detection range.

Charlie Gao studied Political and Computer Science at Grinnell College and is a frequent commentator on defense and national security issues. This after first appeared three years ago.