Russia Is No Stranger to Submarine Disasters 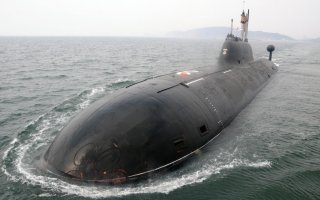 Here's What You Need to Know: Tragic accidents strike even the best navies.

In July 2019, 14 Russian sailors were killed when a fire broke out on a secret Russian submarine. The boat was identified as Losharik (AS-12), a nuclear-powered submarine that is widely believed to be a key asset for the Russian Main Directorate of Deep-Sea Research, also known as GUGI.