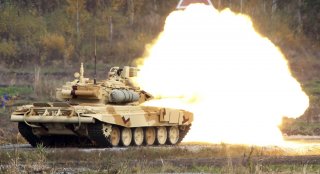 Here's What You Need to Know: The T-90M is the latest revision of Russia’s T-90, a third-generation MBT that entered service in 1993. The TASS report suggests that the full extent of the T-90M upgrade package has not yet been finalized, with certain additions still under review.