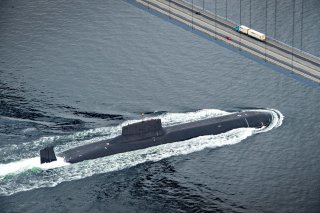 Here's What You Need To Remember: Moscow has recommitted to ramping up its Arctic military activity in recent months, with Deputy Chairman of  the Security Council Dmitry Medvedev saying during an earlier session of Russia’s Arctic Commission that Russia “must continue its work on the strengthening of Arctic troops equipped with modern types of armament.”

These exercises follow a series of Russian bomber drills conducted earlier in 2021, which involved Tu-160 and Tu-95MS planes launching cruise missiles during a live-fire session at an Arctic firing range. The Northern Fleet announced that it will be hosting a new wave of drills this autumn, nominally aimed at protecting Russia’s Northern Sea Route. The route provides commercial ships in the Saint Petersburg area with a greatly expedited form of transit to East Asia through the Bering Sea.

This piece first appeared in July 2021 and is being reprinted due to reader interest.