Russia Is Ramping Up Arms Exports To Africa 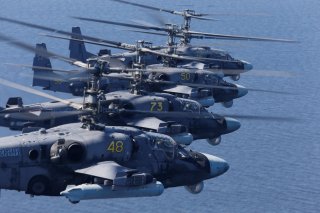 Here's What You Need to Remember: Although military helicopters, strike fighter aircraft, tanks, and various types of anti-tank missiles continue to comprise the vast chunk of Russia’s arms exports to Africa, the Kremlin has been looking to diversify its portfolio into amphibious warfare systems.