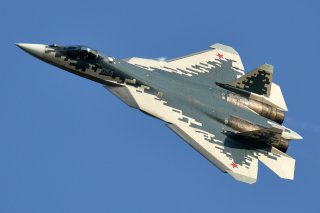 Here's What You Need to Remember: Is China interested in acquiring the Su-57, or at least some of its technology, from Russia? Though no longer allies as they were during the 1950s, or enemies as they were during the late Cold War, China and Russia are enjoying closer military ties such as joint exercises. Last year, China bought Su-35 fighters and an S-400 anti-aircraft missile system.