Russia Wants to Send Its Stealth Su-57 Abroad, But Is Anyone Buying? 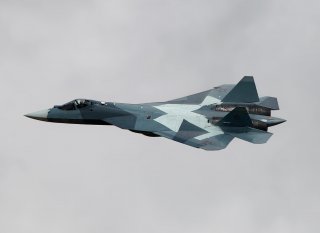 Here's What You Need to Remember: Currently, the Algerian Air Force operates Su-30MKAs and Su-35s. Algeria has long been a buyer of the latest Soviet and Russian military aircraft, they are notable for being one of the only foreign users of the original Mi-24A “Hind” attack helicopters.