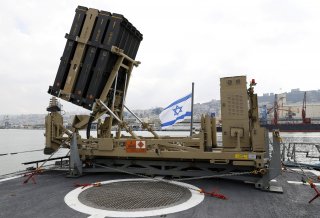 Here's What You Need To Remember: As Israel has sought to expand its diplomatic base beyond the United States and Western Europe, it has increasingly developed positive connections with Russia and points east. This effort has included both commerce and diplomacy; Israeli technology has already found its way into various militaries around the world, including Russia.

Robert Farley, a frequent contributor to the National Interest, is author of The Battleship Book. He serves as a senior lecturer at the Patterson School of Diplomacy and International Commerce at the University of Kentucky. His work includes military doctrine, national security and maritime affairs. He blogs at Lawyers, Guns and Money, Information Dissemination and the Diplomat. This article first appeared several years ago.