Russia Would Love to Get These 5 Israeli Weapons 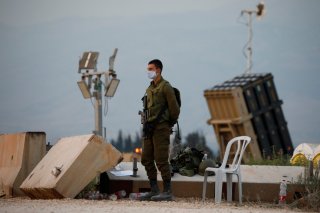 Here's What You Need To Remember: Moscow and Jerusalem have substantially stepped up their military cooperation in recent years, a trend that has made the United States somewhat nervous about the technology it exports to Israel. Israeli drones have flown in Russian service in the war in Ukraine, and Israeli electronics have helped improve Russian systems in other ways.

Robert Farley, a frequent contributor to the National Interest, is author of The Battleship Book. He serves as a senior lecturer at the Patterson School of Diplomacy and International Commerce at the University of Kentucky. His work includes military doctrine, national security and maritime affairs. He blogs at Lawyers, Guns and Money, Information Dissemination and the Diplomat. This article first appeared several years ago.