The Russian Military Could Soon Have Deadlier Bullets 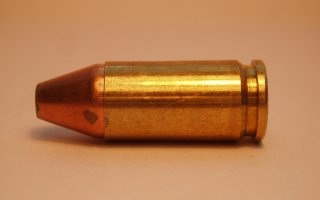 Here's What You Need to Know: It’s a special round for special forces.

The sidearm carried by the Russian military could soon be far more lethal, as work is underway on a new round to replace the steel core 9x19mm caliber 7N21 pistol cartridge that is already among the most powerful round in use today.

The Central Research Institute of Precision Machine-Building (TsNIITochMash), which is part of the state tech corporation Rostec, has reportedly started development on the new round for special operations forces. The improved ammunition would surpass existing rivals in terms of lethality.

“The cartridge with a high lethal power bullet will allow using the capabilities of pistols and submachine guns more effectively,” the Rostec press office told Tass in October 2020. “The new round is being developed for Russian defense, security and law-enforcement agencies.”

The performance specifications of the new round suggest it could achieve a velocity of 480m/s with a bullet weight of 7g.

“The fire dispersion will constitute no more than 2.5cm at a distance of 25 meters,” the press office added.

Special Round for Special Forces

While exact units were not named, Rostec has said that the new cartridge would be primarily used by special operations forces of Russia's defense, security, and law-enforcement agencies. This could likely include members of the Spetsnaz; the SOBR (Spetsial'nyy Otryad Bystrogo Reagirovaniya, or Special Squad, Rapid Reaction) teams; as well as members of the Russian Federal Security Service or FSB – the modern version of the former KGB.

“The use of the new cartridge will considerably expand the capabilities of special operations forces, including in counter-terror operations,” said Rostec Armament Cluster Industrial Director Bekkhan Ozdoyev. “The trials of the new munition are scheduled for 2021.”

TsNIITochMash had previously developed a series of cartridges with a high lethal effect. This ammunition included a 9x18mm SP7 cartridge with a plastic core bullet and a 9x21mm SP12 round with a high lethal power bullet adopted for service in Russia's defense, security, and law-enforcement agencies.

The 9x18mm Makarov, on which the SP7 cartridge was based, had been the standard military pistol cartridge of the Soviet Union and it was adopted by numerous Communist Bloc nations. It has remained in use with the Russian armed forces, as well as with Cuba and Vietnam; but also with former Warsaw Pact powers including Poland, Bulgaria, the Czech Republic, and Slovakia. The 9x18mm is considered analogous to the 9x19mm Parabellum (Luger) round used by NATO and other Western militaries and police forces.

The Russian military had developed specialized 9x19mm cartridges, including the 7N21 overpressure variant, which featured a hardened (subcaliber) steel penetrator core, enclosed by a bimetal jacket. It was designed as an armor-piercing bullet that was developed primarily for use with the MP-443 Grach pistol, which has been the standard Russian service pistol since 2012.