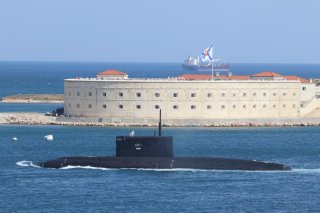 Here's What You Need to Remember: The absence of noisy power units, along with a verified streamlined shape and special hydro-acoustic coating of the hull help reduce the acoustic signature. The Russian subs have earned the nickname the ‘Black Hole’ in the West for their stealth.

In February, the crew of the Russian Navy’s Project 877 diesel-electric submarine Dmitrov took part in a deep dive drill in the Baltic Sea. During the dives, the submariners checked the operation of all of the boat’s systems and mechanisms.