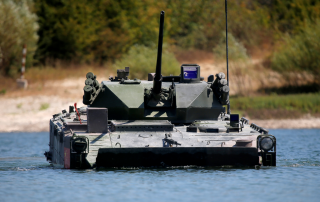 Here's What You Need to Remember: If China hopes to get serious about airborne operations, it may need to take a hard look at modernizing or replacing the ZBD-03.

Charlie Gao studied Political and Computer Science at Grinnell College and is a frequent commentator on defense and national security issues. This article first appeared in 2019 and is being reposted due to reader interest.