Russia's Aircraft Carrier Is a Smokey Mess: Here's Why 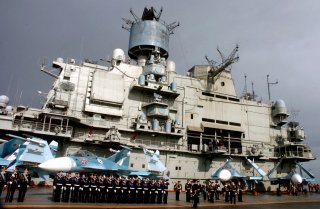 Key Point: Everyone can see the carrier coming because of its smoke. It comes from the toxic fuel it burns to keep running.