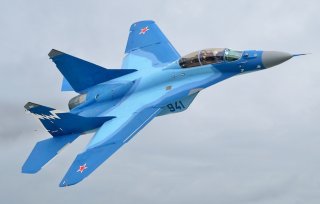 Here's What You Need to Remember: The press office added that the experimental combat duty will expand the area by employing the Northern Fleet's fighter aviation in the Arctic while it also increases the zone of controlled airspace over the Northern Sea Route.

Since its introduction in the early 1980s, the Soviet Cold War-era Mikoyan MiG-29 has been widely exported and it has served in a variety of regions around the globe. Now the twin-engine combat aircraft, which was developed as an air superiority fighter in the 1970s, will be heading to the extreme conditions of the arctic for the first time.