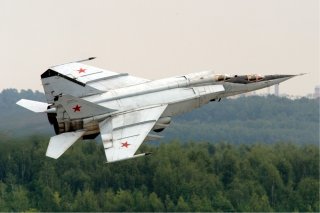 Here's What You Need To Remember: Able to outrun normal air defenses during the most dangerous few minutes of a mission, the MiG-25R like the SR-71 was essentially invulnerable to the enemy.