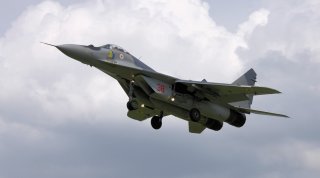 Here's What You Need to Remember: As a fighter made for pitched, high-intensity warfare in hostile airspace becomes outdated vis-à-vis competing fighters and air defenses, it is no longer able to perform its original role.

Mark Episkopos is a frequent contributor to The National Interest and serves as research assistant at the Center for the National Interest. Mark is also a PhD student in History at American University. This first appeared last year