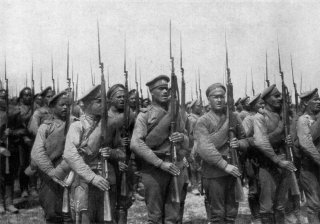 Key Point: These rifles saw action both under the old Czar and the new communist order. Other countires also saw the weapon in action as well.