Russia's Navy Is More Powerful Than It Seems 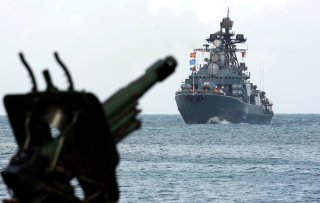 Here’s What You Need to Remember: The Kremlin seems to view aircraft carriers as an important contributor to national prestige.