Russia's New Flamethrower Should Terrify You 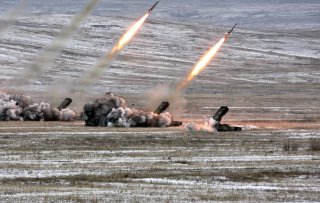 Here's What You Need To Remember: Because of their shared mount, the new weapon resembles one of Russia's famed "Katyusha" rocket artillery batteries - but is much, much more dangerous.