Russia's New Nuclear Weapon Can Create Tsunamis (What Can Be Done?) 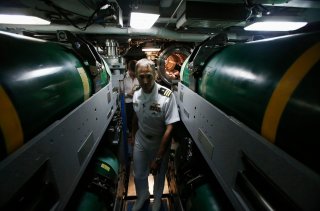 Here's What You Need To Remember: Stopping weapons like Poseidon will likely require Western navies to develop a new generation of torpedoes. "The current families of US Navy and Royal Navy torpedoes were developed to counter fast deep-diving Russian submarines," writes Sutton. "While they are highly capable, the even greater combination of speed and depth of Poseidon means that new weapons will need to be developed.