Russia's Su-25 Frogfoot Has Fought Wars Around the Globe 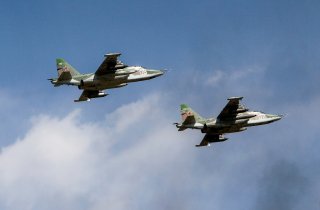 Here's What You Need To Remember: Like the A-10, the Su-25 was all about winning a titanic clash between the ground forces of NATO and the Warsaw Pact by busting tanks and blasting infantry in Close Air Support missions.