Russia's Sub-Hunters are Getting Ready to Take on U.S. Submarines 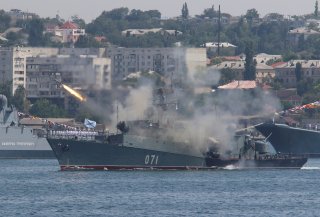 Here's What You Need to Remember: Russia also appears heavily invested in an effort to try to maintain an undersea advantage against the United States, which is now in the process of fielding a new generation of attack- and ballistic-missile submarines.