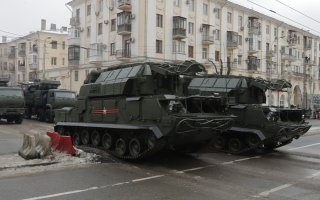 Here's What You Need to Know: This powerful SAM system is about to get better at stopping enemy UAVs.