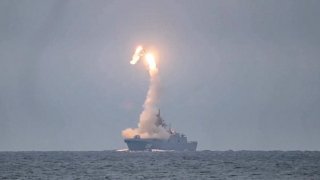 Here's What You Need to Remember: Tsirkon is a winged, hypersonic anti-ship missile that is reportedly capable of reaching speeds of up to Mach 9 and performing mid-flight maneuvers.