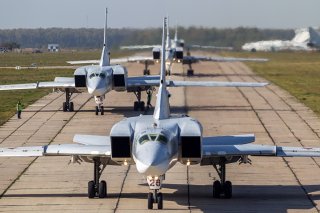 Here's What You Need To Remember: As important as updated avionics are in the age of modern warfare, the centerpiece of the Tu-22M3M upgrade package is the inclusion of up to three new Kh-32 missiles. While classified as anti-ship missiles, the Kh-32 was also developed to also be effective against critical infrastructure targets like bridges and power plants.

Mark Episkopos is a frequent contributor to The National Interest and serves as research assistant at the Center for the National Interest. Mark is also a PhD student in History at American University. (This first appeared earlier in June 2019.)