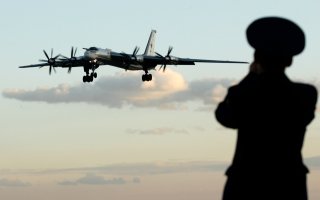 Here's What You Need to Know: The Tu-95 packs a nuclear punch.