The SA80 Wins the Prize of Worst Military Rifle 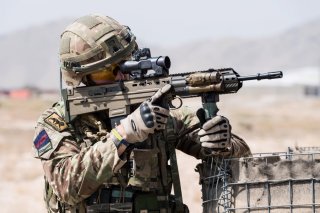 Here's What You Need to Remember: Despite some talk of replacing the weapon, the British military plans to keep the SA80 until at least the 2020s — whether or not the lads like it.