For the Sake of Good Strategy, Get Out There and Read Some Fiction 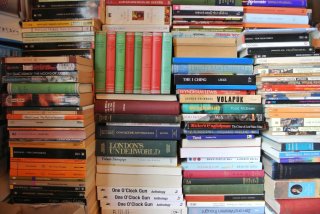 Here’s What You Need to Remember: Fiction cannot predict the future any more than social science can. Setting intellectual ferment in motion is the point. Taken in that spirit, well-crafted storytelling can enlighten and disturb at the same time it entertains.