Save Money. Don't Rely on Social Security Alone for Retirement. 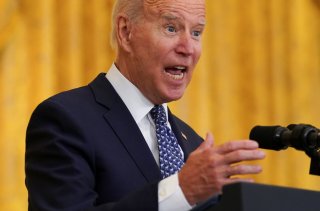 Here's What You Need to Remember: The average retirement account in the United States contains roughly $106,000, but fifty-eight percent of accounts have less than $40,000 in them, and a full third have less than $10,000.

The nice thing about Social Security is that families generally do not have to save for it. Instead, the payments are provided by the government through social security taxes that a person pays throughout their life. When they reach full retirement age (FRA) – generally sixty-six or sixty-seven today, depending on a person’s birth year – they can claim the benefits, which are then guaranteed to them in the form of monthly payments for life. People can claim their benefits starting at the age of sixty-two, or they can wait until the age of seventy. Doing this will result in either a decrease or an increase in benefits by roughly thirty percent.

The average Social Security benefit in the United States is around $1,500 per month. For a majority of elderly Americans, these payments are the main source of their income—and roughly one-third of the income of all elderly Americans overall. However, $1,500 per month is still a relatively small amount of money, and nearly all financial planners will urge Americans to build up a nest egg in their younger, working years, allowing them to retire comfortably.

Invariably, this means saving money—which many Americans, unfortunately, have not done well. Per a recent Vanguard report, the average retirement account in the United States contains roughly $106,000, but fifty-eight percent of accounts have less than $40,000 in them, and a full third have less than $10,000.

These numbers are troubling because one’s Social Security payout is dependent on one’s average income before retirement. Specifically, the Social Security Administration (SSA) calculates its benefits based on a person’s average income during the thirty-five highest-paying years of his or her career. There is presumably a correlation between Americans who have been unable to save in their retirement accounts and Americans who make little to begin with, lowering their future Social Security payments – and making saving during their working years more important.

The agency formerly sent out updates on a person’s estimated benefits based on their income but has largely stopped doing this. However, one can still create an account with the SSA and check his or her estimated benefit level. The agency also includes a tool that calculates a person’s payout if he or she withdraws in advance of their FRA, or, conversely, delays past the FRA date. It also allows them to check their spouse’s benefits, and determine whether they qualify for additional payments.