To Save Taiwan, America Must Help Deter China 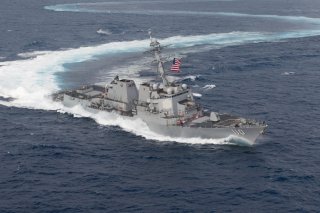 By definition, naval power is a prerequisite for deterrence in a maritime domain such as Taiwan’s neighborhood. America’s overstretched Navy is doing its best to deter Beijing: Freedom-of-navigation operations in the South China Sea and transits of the Taiwan Strait have significantly increased this year. For the first time in three years, summer 2020 saw the U.S. simultaneously surge three aircraft carriers into the Pacific. But at just 296 ships, America’s Navy is simply too small. “For us to meet what combatant commanders request,” according to former CNO Adm. Jonathan Greenert, “we need a Navy of 450 ships.” Recall that when President Bill Clinton dispatched two carrier battle groups to smother Beijing’s temper tantrum in the Taiwan Strait, the fleet totaled 375 ships. At the height of President Reagan’s rebuild, the Navy boasted 594 ships.

Deterring an attack on Taiwan won’t be easy, but it’s preferable to trying to claw back a conquered Taiwan—or letting Xi absorb a free people. Yes, Taiwan is relatively remote; yes, it’s in the crosshairs of a military juggernaut; yes, that juggernaut has conventional military advantages in the theater. But each of these factors applied in West Berlin, which was literally surrounded by Soviet bloc armies. President Kennedy called it “a defended island of freedom.” It remained free only because it was defended.

Alan W. Dowd is a senior fellow with the Sagamore Institute, where he leads the Center for America’s Purpose.