Scary Thought: The Iranian-American War of 1996 That Almost Happened 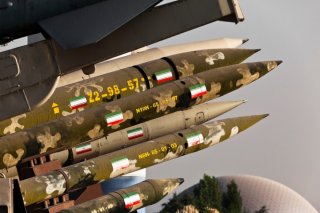 Here's What You Need to Know: The last time U.S. troops engaged in direct combat with Iran’s own regular forces was in April 1988, when U.S. naval forces struck Iranian ships and sea bases in retaliation for Iranian mining of the Persian Gulf.